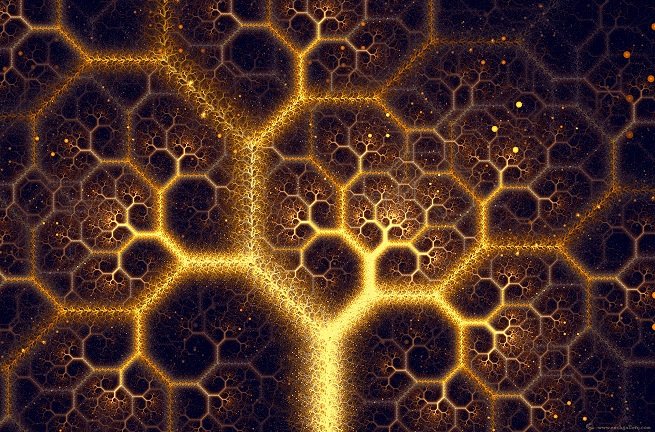 Breathing is important to balance the nervous system. Sitting quietly while focusing the mind will change the brain when practiced regularly. We have found that the prefrontal cortex increases in gray matter when the mind is focused and attention localized into the space between the brows. Research also found that the areas in the Limbic System associated with stress, the amygdala, decrease in gray matter.   Breathing practices, such as counting our inhales and exhales to increase duration over time as we practice the skill, is a great way to stay centered and transform from the inside out. People often claim they have noticed everything seems to fall into place with a continued practice. They feel more compassionate, altruistic, productive, energized, and balanced.

Now in my mid 40s, yoga and I met when I was 24-years-old.  It was love at first sight. The philosophy toward health and balance resonated with me and gave me hope as a young adult I can face the world I was growing into. Yoga has many benefits for people to learn.

Energy is needed throughout physical exertion to discharge accumulated stress. When not met, it will result in anxiety. When this happens, anxiety is perpetuated by continuous arousal of the sympathetic nervous system and results in states of irritability or even hyperventilation, adrenal exhaustion, and diminished blood flow to the vital organs.

Studying the interrelationship between emotions, breath, and the autonomic nervous system could bring valuable insight to the prevention and treatment of many stress-related diseases.  Learning and practicing mindfulness, pranayama, and full diaphragmatic breathing, expands the chest while contracting the abdominal muscles to achieve the best results intended by the autonomic nervous system in the body.

The breath has been a revered spiritual practice for thousands of years. The word “spiritus” in Latin means “to breathe” and early religious practices in Christianity, Eastern religions and practices, Sufism, Hawaiian Huna, and Judaism teach that the body and soul are indivisible partners in human life. Rather than imprisoning or corrupting the soul, the body is a God-given vessel or tool for doing sacred work in the world. The soul requires protection, care, and respect. It is holy. The Bible actually gives clues to the ancient Israelite idea of the soul or spirit. Three words which over time developed the meaning of “soul” are present in Tanakh: Neshamah, Nefesh, and Ruah.  Tracing the evolution of these terms gives us some idea of the ancient Israelites’ beliefs regarding the soul. It derives from the word breath, or to breathe.  In the Creation Story, God blows a “breath of life” into the man of earth and dust (Genesis 2:7). The word used is a form of the Hebrew root indicating breath – “neshamah” – and later became associated with the soul. The word describes the element that animates a body. This animating element is not, at least in early biblical tradition, separate from the body in life, nor does it possess any personality.  Similarly, ruah is the animating force from God. Most often used as “wind,” ruah may also be used as “breath.” God said, “My breath [ruhi] will not govern man forever, since he is flesh…” (Genesis 6:3).  We encounter an added element of transience where the ruah ends its association with the mortal body at death when the last exhale is given.

Breath is life. It is our spirit. It is God’s gift to us.

In urban settings, it is difficult to catch our breath with the stresses of modern life and all of the buildings, concrete and noise everywhere. The Bishop John E. Hines Center for Spirituality and Prayer, birthed by Christ Church Cathedral, is an example of a vision to help urbanites regain balance in their lives. They are one of the first congregations to bring spiritual practices from many traditions including Christianity and eastern thought into a center dedicated to bringing balance in a downtown urban setting. The Hines Center is a comprehensive center for spiritual practices in the heart of Houston’s metropolitan area and may be a catalyst for more to follow. With a large labyrinth in its center, it includes special programming such as yoga, meditation and prayer, movement workshops and classes, spiritual direction, art, memoir writing, Mindful Self-Compassion, Compassion Cultivation training, family programs and more.

It’s always daytime downtown. The hustle and bustle of bright or blinking lights, traffic, concrete and construction sounds, sometimes proves balance can be challenging to find. We have to honor our cycles of life – day and night. Now there is a place to retreat for an hour or more a day while continuing to pursue our careers.

Studies show people feel generally happier and more peaceful when we’re out in nature, away from noise, traffic jams and neon lights. In nature, the body more easily tunes into the Earth’s frequency to restore balance, revitalize and rejuvenate, and heal itself more efficiently. The more energy available to an organism, the more likely it can heal.

The Earth behaves like a gigantic electric circuit. Its electromagnetic field surrounds and protects all living things with a natural frequency pulsation of 7.83 hertz on average — the so-called “Schumann resonance,” named after physicist Dr. Winfried Otto Schumann in 1952.

This frequency circulates in the cavity bounded by the Earth’s surface and the ionosphere, surrounding the Earth at a distance of about 60 miles. Such space is filled with an electrical tension created by the clashing of the ionosphere, which is positively charged by the sun (solar winds), and the Earth’s surface, which carries a negative charge. We can think of it like the Earth’s heartbeat creating a life force. Some call it Gaia, or Earth as a living cell or organism. The trees and plants are the Earth’s lungs, the mushrooms are its facia, and the oceans and rivers are its arteries and veins.

Interestingly, 7.83 hertz is also the human brain’s average alpha frequency in electroencephalography. Among the five main categories of brain waves, alpha waves, which stand in the middle of the scale, induce relaxation but not quite meditation —  it’s somewhere in between in a state where we begin to tap into the wealth of creativity that lies just below our conscious awareness.

Researchers looked more deeply into the brain and in doing so found that tuning our brain waves to the planet’s pulse is not only healthy for us, but it might be connected to the beginning of life itself.  Some may call this God.  Regardless of what you call it, for me, this is a very spiritual experience. I savor life more authentically and connect more deeply with these sacred images in mind. Now science is showing us it is real.