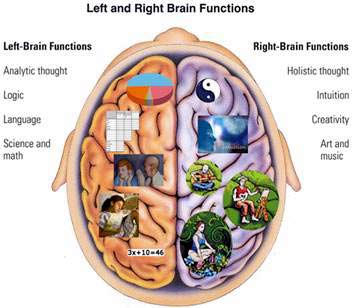 The brain is a complex organ so uniquely capable of holding information, it is often compared to the holographic nature of computer chip in its ability to store and connect massive bits of information in one small space.  Research shows the old assumptions of an inflexible and irreparable brain is far from the truth. Neuroplasticity allows us to develop new skills and fill in the gaps where there are deficiencies. Stress and anxiety are deficiencies most of us by now have experienced.

Today’s world seems to run on a 24/7 drip of adrenaline. Stress, fear and anxiety are fueled by a lot of caffeine, overstimulation and on-demand negative news reports. The shaky economy, elections, terrorism, racial issues and poor water quality, to name a few, contribute to stress. How can we find balance in a typical day when fear and anxiety may be doing terrible things to our physical and mental state? Chronic stress is now known to be a culprit to disease especially if our interpretation of and reactions to stress are faulty.

The brain has the ability to cope with stressors and learn new ways of being using neuroplasticity. Neuroplasticity is the ability for the body’s neurons to migrate and shift into new areas and form new pathways and patterns, thereby increasing or decreasing the gray matter in various parts of the brain.

The brain’s neurons are constantly changing and finding new “friends.”  They follow what we practice as a directive from our thoughts and experiences. This is how we learn.  Neurons develop neuropathways in the neurological system to establish a holding pattern for a particular behavior. It is said that we should be careful where we focus our attention, because we may become exactly that.  If we are constantly triggered by negativity, it is likely we will become negative about in our projection of the world.

Anxiety and fear are emotions that emerge from the brain’s amygdala, which is responsible for many intense emotional responses. The amygdala is part of the limbic system, which handles the formation of memories. The limbic system also controls the body’s preparation for dealing with the “fight or flight” response through the release of a variety of hormones, including cortisol triggered by the adrenals.

While these “fight or flight” responses are perfectly acceptable when faced with a real immediate threat – a charging snake – these emotions can run amuck when we listen to the media blow day-to-day stresses out of proportion by reporting a certain perception of the world.  For example, Fox News often reports a very different perspective about politics, health or religion.  For some, that leads to chronic stress which can be stressful for both our brains and our bodies.

Continued stress also can damage the brain’s structure and connectivity, thus leading to long-lasting brain changes. This chronic state can lead to a variety of issues, ranging from learning disabilities to developing brain diseases such as Alzheimer’s. Exercising the mind, or even calming it, can do wonders to alleviate stress.

For example, when we relax and focus on the feeling of the forehead in a relaxed state, the energy follows to increase the gray matter inside the region of the pre-frontal cortex. The prefrontal cortex is associated with self-awareness, altruism, compassion.

Focusing on the prefrontal cortex pulls energy out of the limbic system’s amygdala and decreases the gray matter in that region. Harvard’s Sara Lazar has produced a vast amount of research in this area of neuroscience.  Lazar and her team found the amygdala is associated with our stress response.  The smaller the amygdala, the least likely we will respond and suffer from the effects of stress.

Ways to Ease the Stress

There are many ways we can reduce anxiety and fear to limit the effect emotions and perceptions have on the body and the mind. These methods include taking part in regular physical activity, mindfulness meditation, yoga and qigong. Cognitive behavioral therapy also can be helpful.  We can also create a calmer and more soothing environment through clearing clutter and organizing our household or office, spending time in nature or listening to nature sounds, and by integrating color therapy into our environments.

Long-term stress through anxiety and fear can wreak havoc on our long-term health; though according research by Kelly McDonigal, Ph D, in her book The Upside of Stress, stress can also be a motivator when perceived as a great challenge.

It’s still important to make choices that will help us adopt to a more Zen approach to life. This approach can not only lower our stress levels, but help us live a physically and mentally healthier and more mindful life.

Remember, mindfulness as a daily practice, such as meditation, is a simple and effective way to move energy out of the hind brain and limbic system, and into a more evolved happy and altruistic area of the brain, the prefrontal cortex.

Lazar and her team’s research from Harvard in meditation has shown in just 8 weeks, with just 10-15 minutes of practice, we can change the brain by bringing energy into places more productive as a human being. Who doesn’t have 10 minutes a day to build a better life?

There was an error retrieving images from Instagram. An attempt will be remade in a few minutes.