In 2010, I began living in a lovely building in Houston that temporarily housed the famous Marilyn Monroe. It was an older high rise purchased by a group out of Boston and converted into rentals. I rented a charming one-bedroom apartment on the 9th floor at an affordable price. The building had some issues, but being the patient person that I usually am, I knew I could manage without too many complaints. I loved how each apartment was unique, and no two apartments in the building were alike. The building is a Houston icon overlooking all of River Oaks and Memorial Park area.

After a year, I upgraded my apartment, moved into a two-bedroom next door, and found a roommate. Two years later, I upgraded again. We rented one of the larger studios on the 15th floor with four bedrooms, three baths, and the most fantastic view of all of Houston. It took nearly two full days to move all of my stuff from the 9th floor, and since my roommates were out of town, I did most of it alone except for the heavy furniture, which a moving company I hired to resolve. It was thrilling to move into the 3000 square foot, beautiful new apartment.

When I finally moved the last load up into the new space, I decided it was time to take the dogs out to relax with them for a while down in the courtyard on the bottom floor. I poured a massive glass of red pinot noir, called the dogs over (no leash), and we made our way down the elevator to the first floor. The elevator doors opened, and the dogs ran down the hallway past the fitness center walled with windows to the back door. They waited for me to catch up. I opened the door, and the dogs ran outside. But I paused and did not follow. There in the doorway was a huge cockroach staring at the open door. The dogs never even flinched. Knowing the roaches’ intentions to enter the building, I quickly shut the door so that the cockroach could not come in. Though I quickly shut the door, the roach came in from under the door by flattening its body to do so. Impressive.

I stood there inside the door staring at the roach now inside the building while still holding my large-pour glass of wine. The cockroach turned left and ran up the wall. My thoughts were not kind. I imagined how many baby roaches it could produce and felt perhaps I should have stepped on it when it came inside. The cockroach is lucky that I have reverence for all life forms, but my thoughts were not very respectful at the moment. I have never liked the roaches. They give me the creeps. My thoughts were impure, and I am quite sure the cockroach, by the way, it turned and looked at me once it arrived up the wall, knew what I was thinking. We were in a stare-off. The roach turned around and moved halfway back down the wall. Now we were both at eye-level.

Suddenly, in a split second, the roach flew from the wall and into my face. Startled, I screamed and jumped. The big glass of red wine was now over the top of my head and covered my face. I had poured the entire glass of wine onto my head. I was in disbelief about what had just happened. 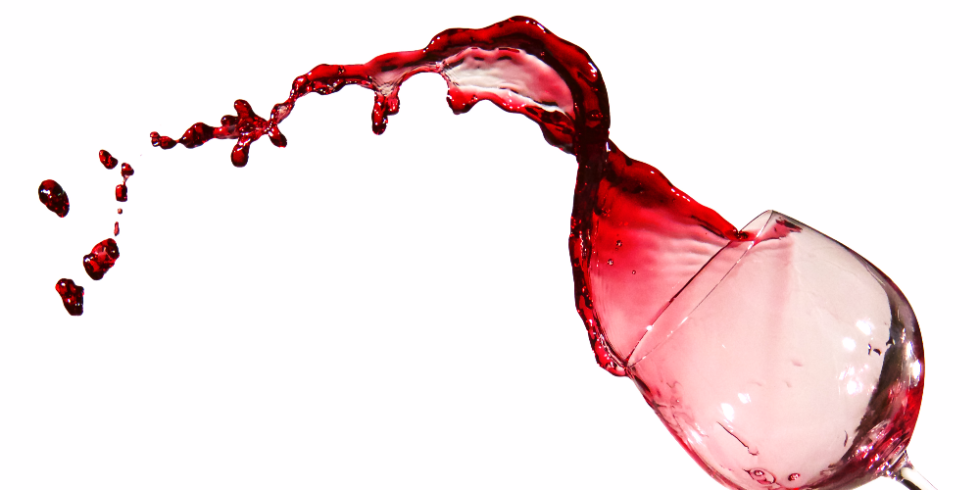 I stood there in the hallway in shock, dripping with dark red wine. I thought, “Oh my God, what if someone comes and sees me like this?” The wine was all over the wall, mailboxes behind me, floor, and my clothes. How would I explain what happened?

I left the dogs outside and ran into the public bathroom down the hall. When I saw myself in the mirror, I stood there in disbelief. It was pitiful. I looked like some crazed, deranged person standing there with wine all over her. Then the visual of everything that had just happened flashed through my mind. I busted out laughing, harder than I had laughed in a very long time. It seemed so evident that the roach had sensed my thoughts. He clearly showed me that size does not matter when it comes to showing power. I was terrified of that tiny little roach. I also realized the cockroach was probably just as afraid of me. Why else would the little fellow do that?

I washed as much of the wine off as I could from my clothes and hair. I realized I had to let my dogs back in. I had never even made it out to the courtyard with them!

I paused to see where the roach had moved. The cockroach was in the middle of the glass halfway down the hall, seemingly waiting. My dogs were staring at me and waiting at the door. I would have to pass the roach to get to the door to let the dogs inside. I became filled with fear and hesitated to walk down the hallway past the cockroach. Would it attack me again? I wondered why I so afraid.

I took a deep breath to gather up the courage to save my dogs and scurried past the roach. I quickly opened the back door, and all three of us, dogs, and humans ran down the hall to the elevator. I entered the elevator with relief and turned around to see the unmoved cockroach as the doors shut. Again, we were in a stare-off. The elevator proceeded to take us back up to the safety of the 15th floor. I began laughing. I had a moment of realization that I had become the roach.

I had scurried past him as if it were an alien five times my size! I wondered how the roach must have felt to warrant the attack. The truth is that my thoughts had become impure while I stood there looking at the cockroach in the hallway.  He must have felt it. Why else would the roach attack me? Animals, in general, only attack when they feel threatened. It was then that I decided to look up the symbolic meaning of the cockroach. I thought perhaps there was a lesson to be learned.

The cockroach is one of the most dreaded creatures on the earth. It lives in dark and dirty places. However, the cockroach also has a substantial evolution. They can adapt quickly and survive in the most extenuating circumstances. I read that it can also flatten its body to gain access into cracks and crevices. That explains how it came in through the door! It flattened its body and slid right under it.

The roach symbology also offers the chance to acknowledge gratitude for our ability to survive and adapt.  They are quick to move and have a strong will to live. They act with precision to protect themselves from danger. The cockroach is a fantastic creature!  I then realized how many trials and tribulations I have overcome in my life. I am pretty quick on my feet when faced with adversity. I have survived multiple losses – a husband, a father, grandparents, a dear friend. Grief is no stranger to me. I suddenly began to feel an overwhelming appreciation for cockroaches and some gratitude for the little guy who not only taught me a lesson that size does not matter but that humility is essential as well.

No one saw me that evening standing there in the hallway reeking of red wine, except for me in my mind’s eye. In reflection, I could not stop laughing when I saw myself and the series of events that led me to have red wine dripping down from the top of my head. I saw myself as a bewildered Carrie from a horror movie starring a young Sissy Spacek in the 1970s.

I guess you could say I became one with the cockroach at 3435 Westheimer Road, where Marilyn Monroe once also lived. I had experienced a metamorphosis.

Full recovery except for his back legs. Eating on his own! I’m so proud of this little guy!